​Nick has been painting for over thirty years, he specialises in  Oils and Watercolours.  He has recently experimented with other materials, particularly Acrylics and Pen and Ink.   Within his paintings he tries to encapsulate details of textures, light and movement into images of seascapes, whist evoking peace and tranquility through colour, light and shade in landscape.  The subject matters are as varied as techniques, inspired by memories and observations taken from pieces of Nick's life and travels.

Born in South Africa, October 1941, Nicholas Frank Handover lived in a game reserve.  His early memories were of vast open sandy, semi-desert landscapes whilst noting the magnificence of trees that survive.  As a young child he also would travel to other African countries with his family.

He moved to England in 1948 with his mother, brother and sister and they lived in various locations in the West Country, including Gorran Haven, Polperro and Saint Austell.  The family then moved to Hayling Island for a while but finally settled in Dartmouth.  This is where working with boats drew Nick towards a love of water, rugged coastlines and boats.

Nick met Polly and in 1966, they married.  They lived in Torquay for a few years but then relocated to the Cotswolds where they remain today.  Life in the Cotswolds added a dimension to Nick's collection of subject matter, the inspiration of the landscape, trees and skylines have become an integral part of Nick's works.
​
Guided and influence by an Art teacher at a a very young age, Nick is now an established artist with exhibits in and around the Cotswolds and galleries in Cornwall.  With an International clientele, he has his very own gallery in Market Street, Nailsworth, Gloucestershire called The Cotswold Craftsman.

Additionally, Nick has been a consistent benefactor of the RNLI and the RSPB for many years. 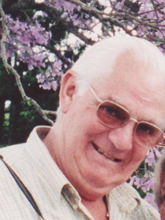